This is a story that can be narrated many times for all the people and for the things they have created at a wrong moment but that may have been successful if things have worked differently. Everybody knows at least a story like that. The Fujifilm X-Mount series model X-H1 is certainly one of those. This Fuji camera was specially designed and produced to be the ultimate and first professional X-mount model that will integrate great photographic and video performances, long durability, enhanced reliability, and carefully ergonomic and interface studied design. It was the first Fuji X-mount series model that is also integrating an internal body stabilization system (IBIS), following a long waiting amount of many APS-C image sensor format user. 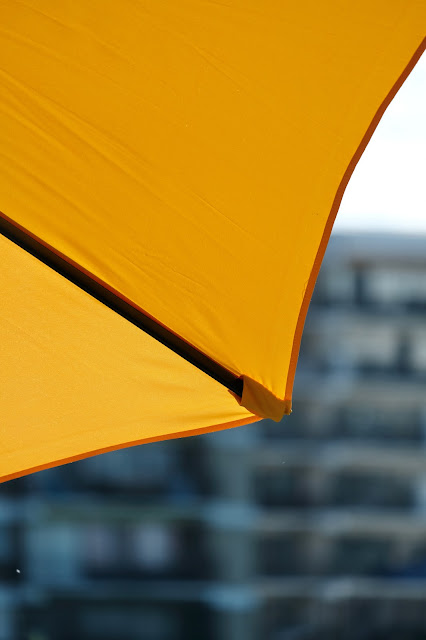 Presented in February 2018, the Fujifilm X-H1 hit the photographic market the next month in March 2018 and was not received with all the enthusiasm from the photo reviewer community as we may have expected at the time meanly because the hybrid digital market was in full swing with new models from different manufacturers that were introduced at a frenetic pace at this moment of time. Furthermore, there was always that contingency and a fierce competition between the three image sensor formats: MFT (Micro Four Third), APS-C (17 X 24mm) and the so-call “Full Frame” (24 X 36mm).

In the compact camera professional photographic gear, the market has been dominated for decades by mainly two camera manufacturers: Canon and Nikon although Leica traditionally holds its own partisan faction. Yes, there were other competitors on a marginal base that tried to get a part of the cake like Minolta, Olympus, Pentax but it remained the Canon-Nikon sandbox for years. That phenomena still exist today with the addition of the aggressive and mighty Sony who is shaking that dual domination.

The professional APS-C image sensor format cameras are not new and, for a time, were well serve by Nikon who was claiming that it was the new obvious format in the digital world of photography for many reasons that the same Nikon have a tendency not Remembering today… Even Canon had its own APS-H format but have erased it in favor a digital 135 (35mm) format revival. 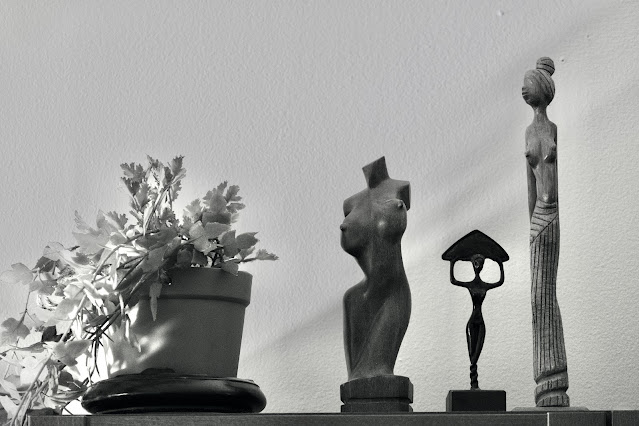 What is very different about Fujifilm is that their X-Mount series system was already a very mature line of products with several camera models and lenses already available and often renowned for their optical quality and good construction. So, the Fujifilm X-H1 was integrated in a complete line of already existing product offer instead of the reverse like it has been for Nikon that never have fully developed a complete line of (pro) lenses for its APS-C pro cameras. It is true to say that Nikon had already a complete line of optics that dated from the 35mm analogically era. 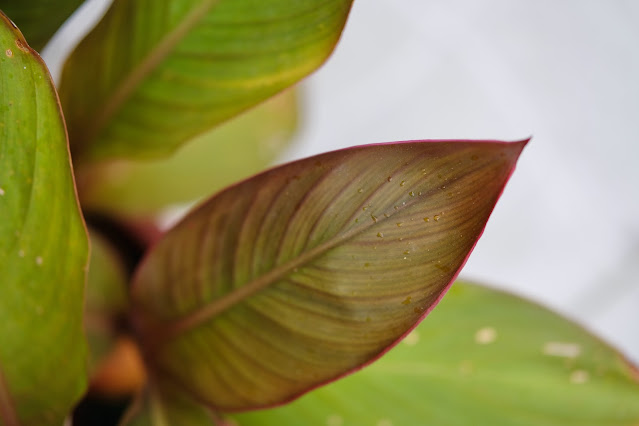 It is true to say that the Fujifilm X-H1 was a big piece of photo gear but it cannot be seen as a real disadvantage in the view of the professional users who like to work with larger prehensile camera body and vertical grip optionality. Fujifilm have decided to maintain the use of its NP-W126S battery pack but have proposed that their vertical power grip has been equipped with two additional NP-W126S that triple the autonomy of the X-H1. Same for the two memory cards insertion slots installed in the camera. All these characteristics qualify largely the X-H1 for a daily intensive use.

For those who had the privilege to use the Fujifilm X-H1 on a frequent if not frenetic bases, their appreciation were largely favorable as a photographic and videographic tool. 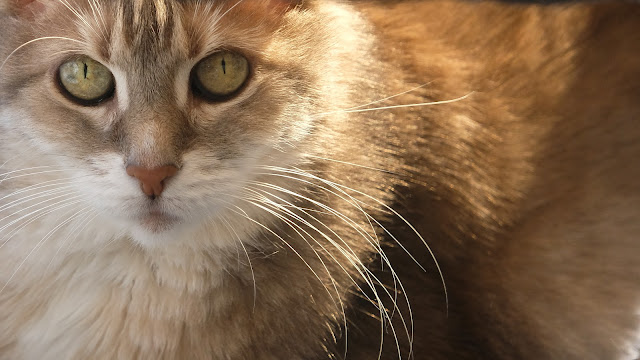 What really have obsessed the small photo Web planet was the introduction just six months later (September 2018) of the new Fujifilm X-T3 camera model which carries a new 26MP image sensor alongside with interface improvements such as the autofocus algorithm. Even without any internal body stabilization system (IBIS), that will appear later the X-T4 model, the X-T3 was perceived as a step forward of a new generation of camera models from Fujifilm. And curiously Fujifilm have decided to get rid of their X-H1 stock inventory by offering them at an outstanding discount price. 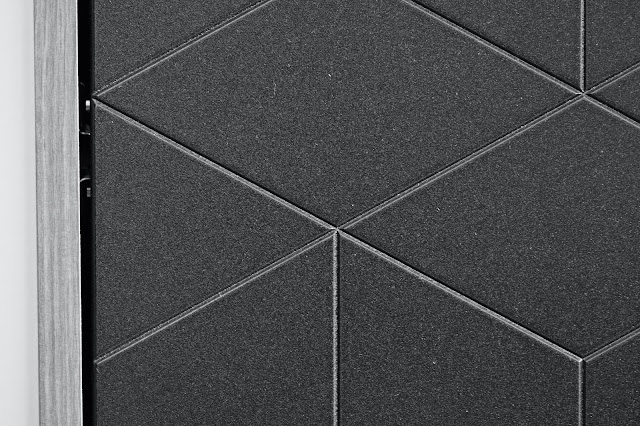 Here are some Fujifilm X-H1 factors that have seduced many. First the ergonomics of the X-H1 that corresponds to the professional criteria of the larger size camera body that harmonized with most of the “Pro” lenses (which are usually larger than the regular ones). The command dials and the functions button that were sturdier and, again, in larger size. A direct parameters access to the basic photographic. A sumptuous electronic viewfinder (EVF) with an eyepoint of 23mm from the camera’s eyepiece consideration of the photo reporters, the sport photographers, the journalists, and the other action photo shooters that are all relying on EVF most of the time. A very good internal (in-body) stabilization system implantation that not only prevent the photographer shake effect but give a better viewing comfort (especially when doing manual focusing). An interesting approach for the LCD Live View (rear) articulated screen that allow controlled movements for waist level viewing (both horizontally and vertically) and “over the crowd” viewing. A combination of a joystick and a D-Pad control interface. A complete vertical grip optionality with all the principal functionalities. And a lot more characteristics could be added to that partial list. 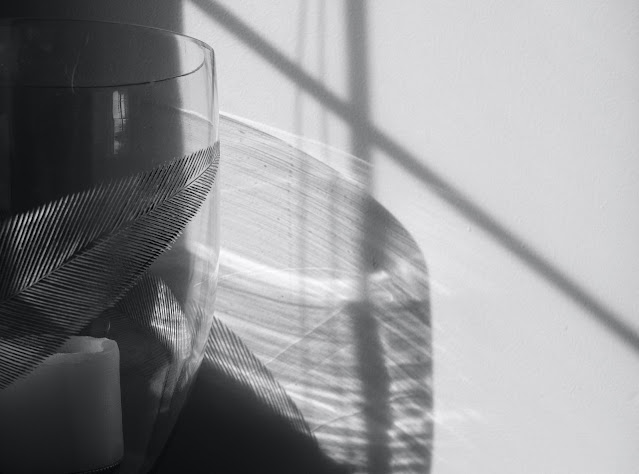 In term of image output results, the 24MP sensor was performing at its best delivering fine pictures in every situation or context. Fuji film simulations are outstanding especially for photographers that have already an experience into analog-film photography. The autofocus system is competent although, all these automated systems have their own limits considering the special needs of each photographer. The exposure metering accuracy and the auto white balance feature are reliable and able to translate a correct light and color atmosphere of the subject (according that you don’t voluntarily alter them). The Fujifilm X-H1 can be a nervous camera capable of frenetic rate of picture shooting (for those who to stack numerous similar files on their memory cards). Many Web reviewers have already praised the video abilities of the Fujifilm X-H1, but I cannot speak about a cinematic domain with no real experiences. 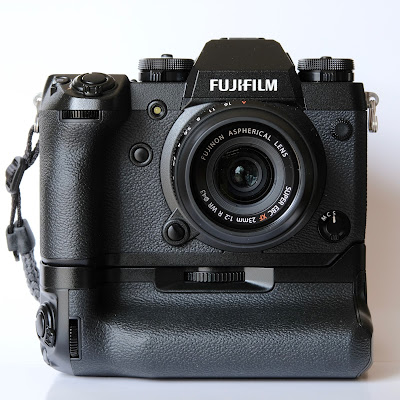 Only a small fraction of the Fujifilm X-H1 abilities have been presented and discussed here since this is not a full review intended but more a brief overview of its capacities. I won’t argue the fact there are other camera models from manufacturer that can surpass the X-H1 performances in different ways. It will certainly happen when Fujifilm will introduce its replacement (X-H2) hoping that this time will be the one that many Fuji enthusiasms will celebrate for a longer period. And hoping also that the “pro” photographic community in general may embrace more notably the Fuji camera model.

There is still a lot of Fujifilm X-H1 cameras haunting our photographic planet that are fulfilling their primary task of taking beautiful pictures (and videos) in a reliable and performing fashion. It is a very mature photographic tool that their owners have learn to appreciate at its right value of a real “pro” companion. It just has missed a good timing…

No comments to show.
We use cookies to ensure that we give you the best experience on our website. If you continue to use this site we will assume that you are happy with it.Ok