Back over Easter we went on holiday in my wife’s van around the west and north of Wales. I used 3 cameras whilst we were traveling the Sony ZV-1, a Hasselblad SWC and a Pentax 110 auto. I’ve already reviewed the Sony, and have some thoughts to share about both the Pentax and Hasselblad at some point, though I’m not quite ready on either count just yet. In the meanwhile, I thought it might be nice to write about the first roll of 110 film I’ve shot since the 90s!

The last time I shot 110 film must have been in the 90s, though I can’t really remember what year, it would have been early 90s. My nan bought me my first camera, a Nikon RF10, when I was 9 in 1992, and I know it was sometime after that as I already had the interest in photography when I tried the 110 camera. That camera I shot has a bit of a back story too, which is perhaps why I remember it so well.

I used to get a bus back from school and used to chat to a couple of the drivers. One in particular, Chris, used to share Polo mints with the kids and he used to keep them in a little cup holder under the window to the right of his seat. I got on the bus one day and in the process of trying to scrounge a mint spotted a small black case. I asked Chris what it was and he told me it was a camera that someone had left on the bus. Being cheeky, I asked him if I could have it. Of course the answer was no, but he said that if no one claimed it in six months, which was their lost property policy, I could indeed have it. I seem to remember regularly asking him if the six months had passed – I bet it was even more regularly than I remember too. Six months eventually did pass, and one day he presented me with this camera. It was small, very light, very plasticky, red and black in colour, and definitely a 110 camera.

I shot a couple of rolls with it too, and though the photos are long gone I remember growing quickly tired with how totally unreliable it was. It was certainly less reliable than my little Nikon which was little more complex than a disposable, but worked perfectly for me most of the time. The results that came out from the 110 left a lot to be desired – they were grainy and muddy, what I now understand to be underexposed.

It wasn’t long before my young inquisitive mind decided to dismantle it – I used to love taking stuff apart when I was a kid. In fact, I have a particularly vivid memory of taking this camera apart with a little screwdriver in a cafe in a town near where I used to live. I’ve no idea why I had a screwdriver, or what happened to the bits of camera, but suffice to say that was the end of my relationship with 110. Or at least it was until recently.

Since then, I have had a negative attitude toward the format. The surface area of ​​film you shoot with a 110 camera is smaller than that of a 35mm frame. It’s even smaller than APS film. The result of this is, of course, more perceptible grain when you enlarge your images. Growing up in the latter part of the film era and early part of the digital era, grain isn’t something I have ever really sought out. I don’t mind a little bit, but where the options are to reduce it, I’d tend to err toward them. This combined with previous negative experiences of 110 film, albeit ones from a good few years ago, have meant that I’ve never really had any desire to shoot it.

What changed? Well, as is often the case with me, I wasn’t motivated to shoot a particular type of film, instead I fancied a particular camera. In this case, the camera was a Pentax 110 auto. I’ve seen these cameras in the flesh a good few times, and always liked the look of them. They’re tiny, but somehow manage to have really nice, big, clear viewfinders. I’d never bitten the bullet and bought one though. In fact, I didn’t buy the one I ended up shooting – Josh who used to work for pixl-latr bought a pair he spotted on eBay going for a small amount of cash. He asked if I wanted one of them, and I couldn’t say no.

It was then I got in touch with Hannah from Lomography UK to ask her thoughts on the available films they stocked. She replied very kindly offering me a couple of rolls to shoot. This roll of Tiger was the first I loaded. In fact, I made a little instagram reel of me loading it – I loaded whilst on the way to Wales in my wife’s big van. I then shot it over the course of the trip. And you know what? The whole experience was a lot more positive than I would have ever expected. 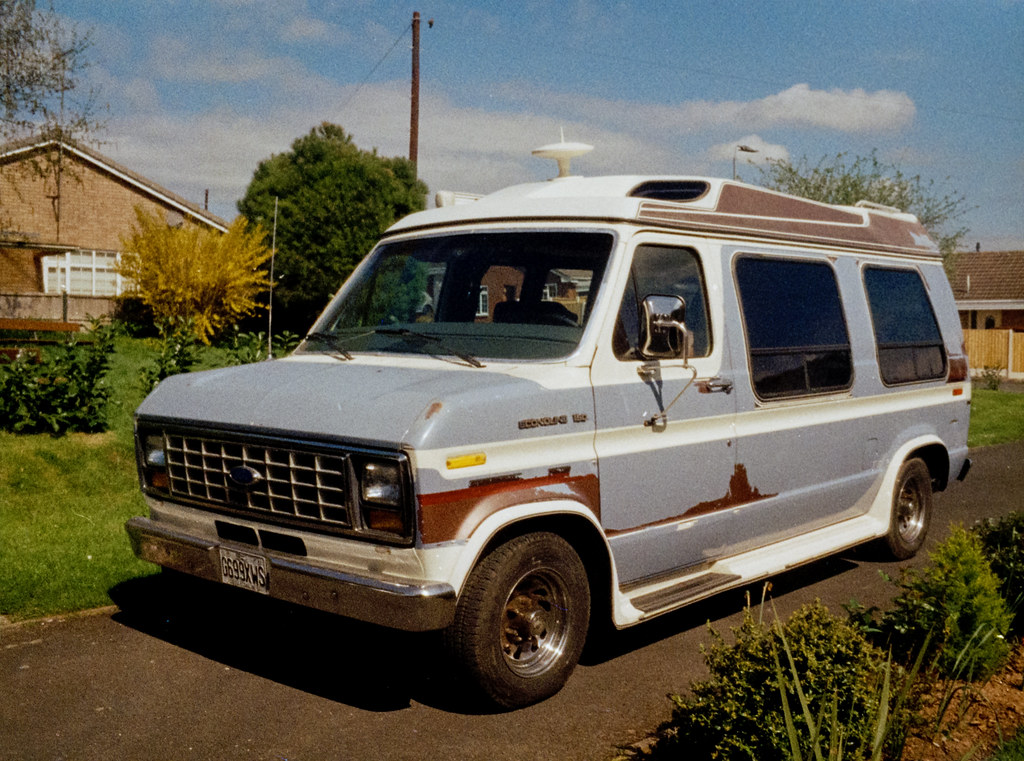 For a start, the little Pentax was a dream to shoot. It’s tiny, so I could take it everywhere. It came with a couple of lenses too, a 24mm (~50mm equivalent) and an 18mm (~35mm equivalent) – I shot it all with the little 18mm focus free lens meaning I could just snap away without having to think about focusing, something I always enjoy. I must admit, I wasn’t convinced the photos were going to be that great. In fact, this actually added to my enjoyment when snapping. I just took the shots with little concern for the outcome. Of course, when they came out really nicely, it was even more of a nice surprise. 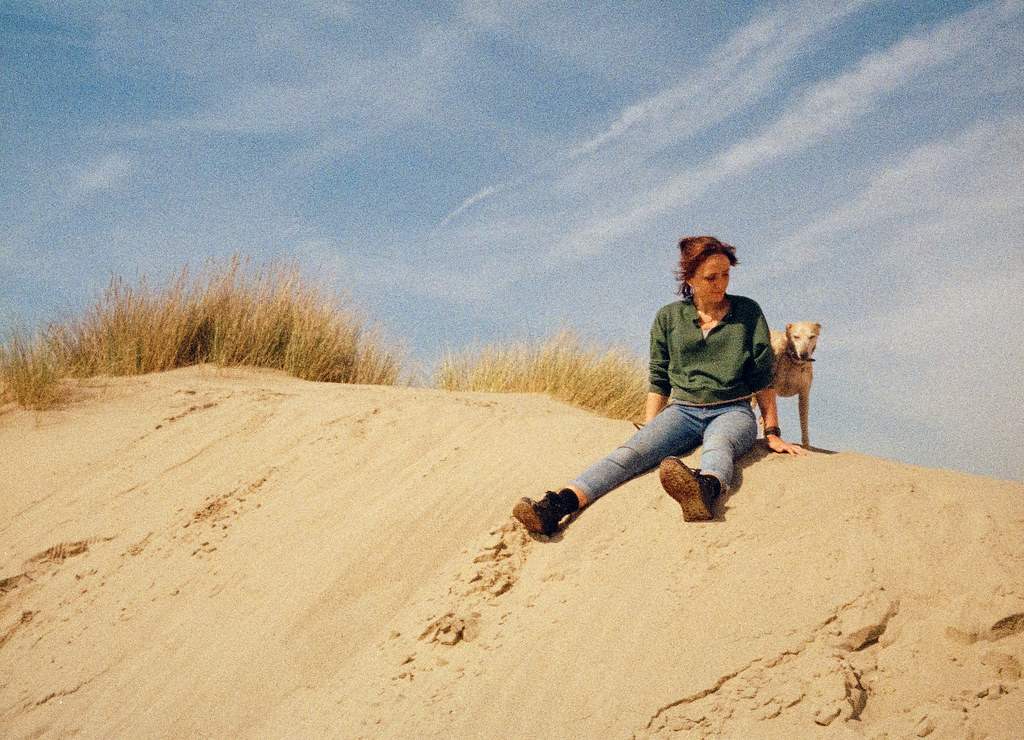 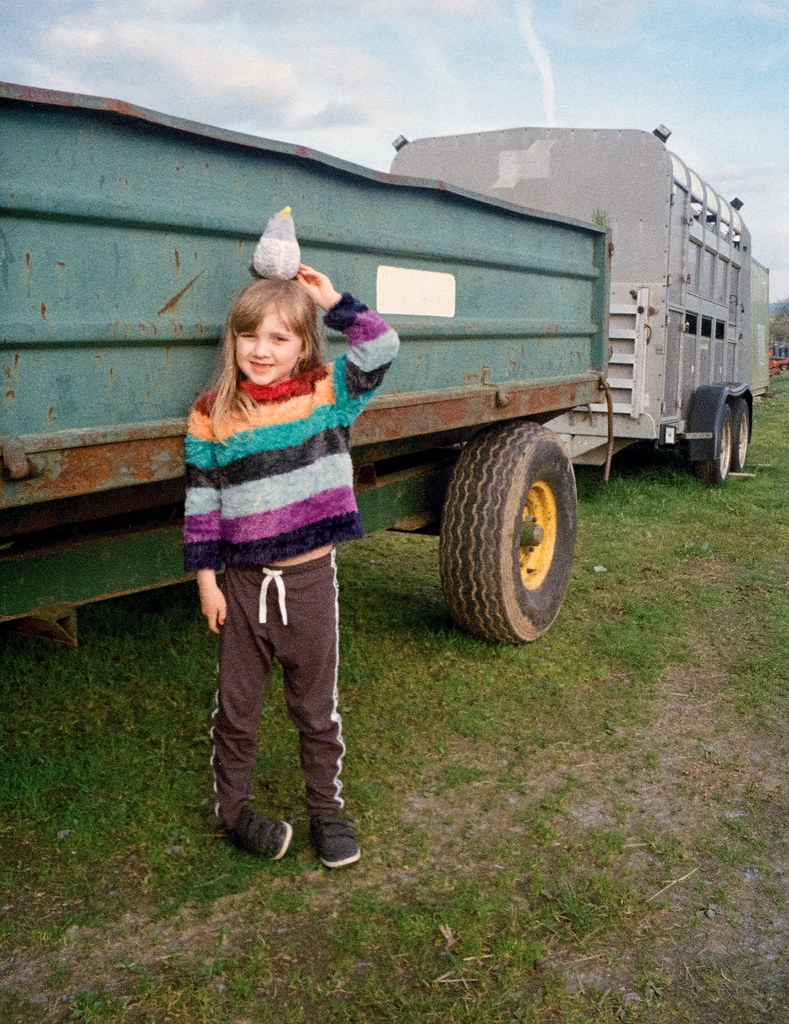 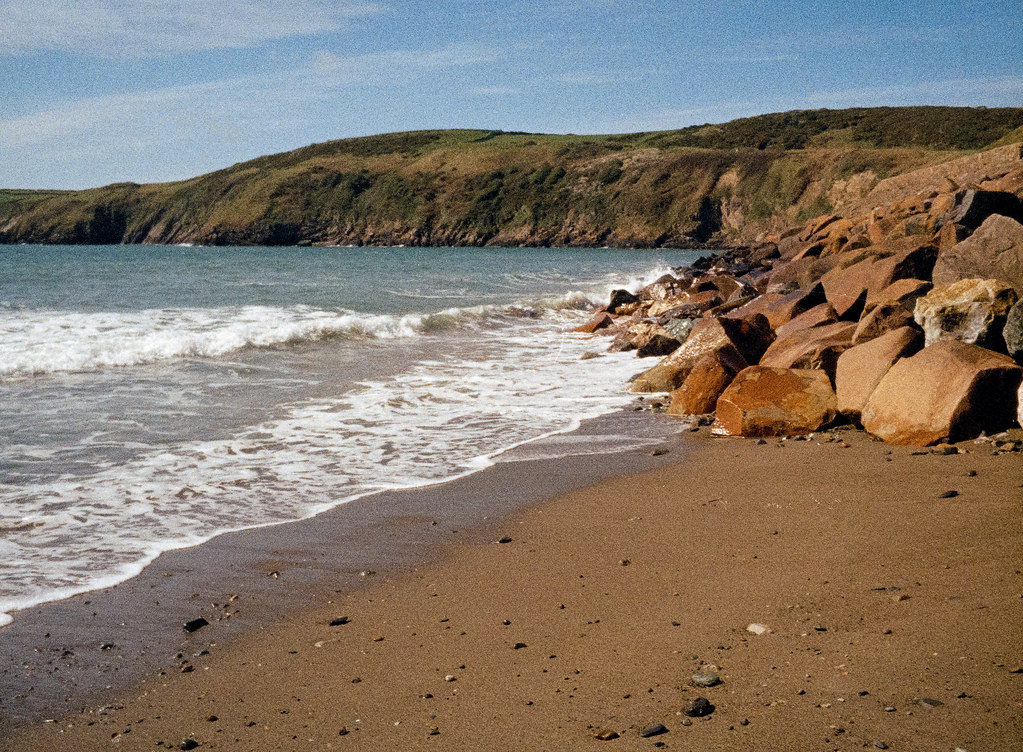 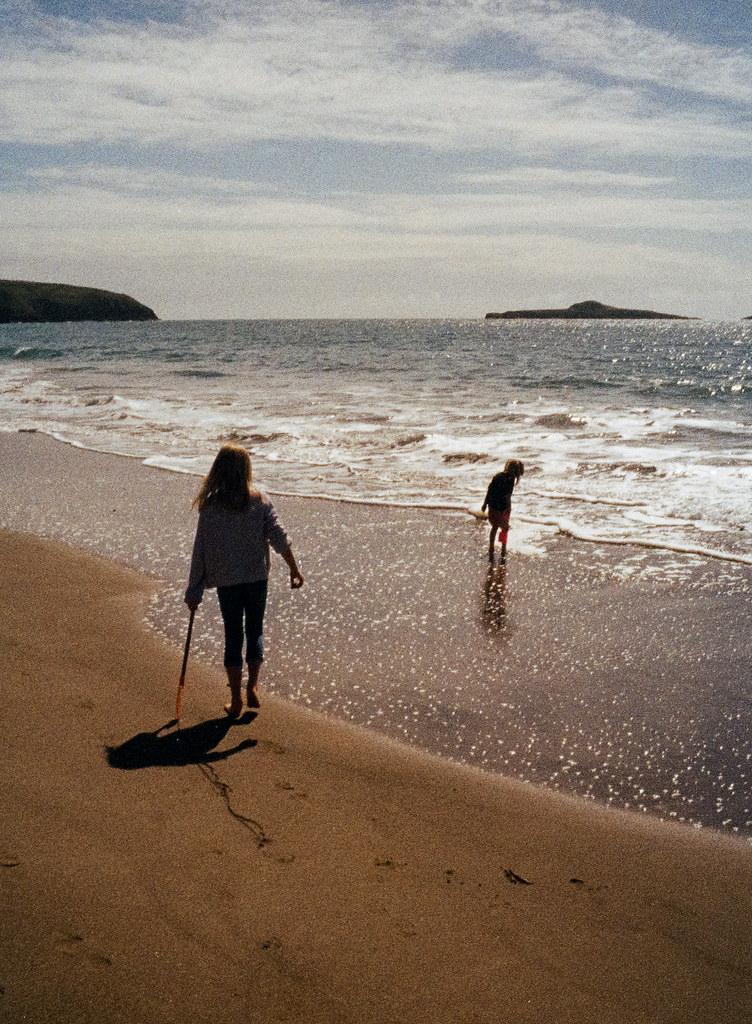 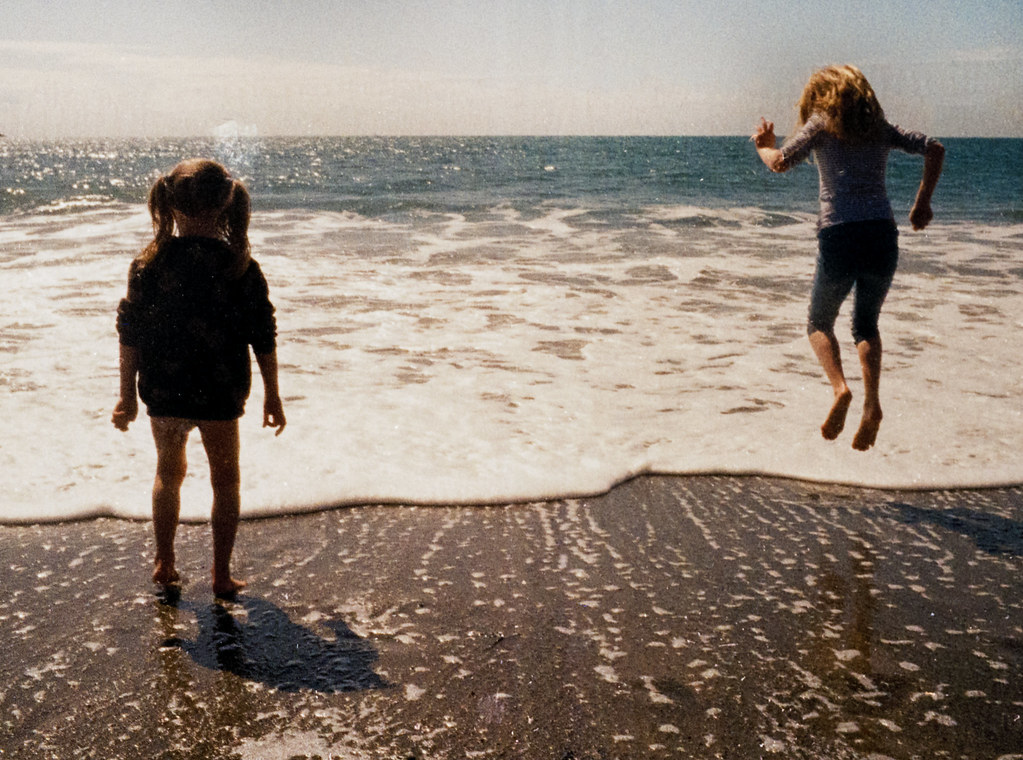 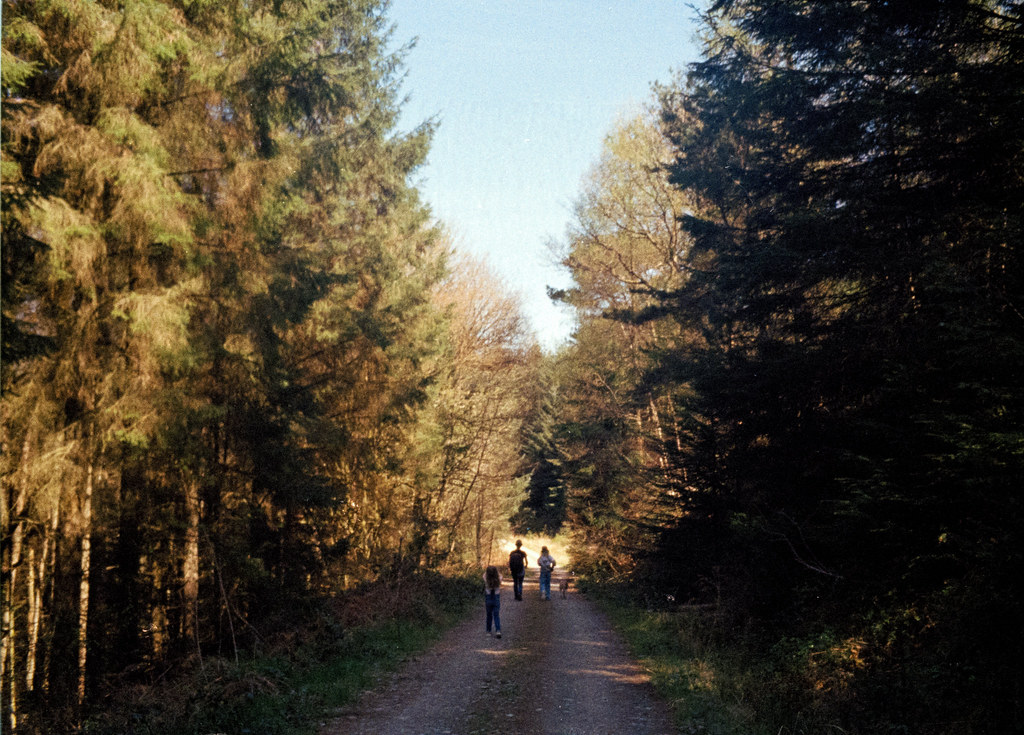 It’s true, they are a fair bit more grainy than 35mm film photos. They’re also softer than images I get out of equivalent 35mm lenses on a 35mm camera. But actually, the images have a real charm to them. They’re well exposed and have a warm tone that I really like. Dare I say, they almost feel nostalgic too… which is a word I don’t often associate with film since I’ve never really not shot it. They just have that look of older film images – the sort you might find in a parents photo album or the like. I suppose it’s entirely possibly that a part of this is due to the fact that I took them on holiday too. They have personal, positive feelings associated with them – the grain and image warmth add to that.

In short, I’m really chuffed with them. I’ve already bought myself a couple of extra rolls of Lomography film, and have been so inspiring Tiger by the experience that I’ve bought another lens for the Pentax 110. Before I get on to the other rolls of Tiger, I have a roll of Metropolis (which I have shot and enjoyed before) and a roll of Orca black & white too. I honestly never thought I would shoot this film format again, but I am pleased I have given it a go… I’m not pleased about the GAS I now have for more 110 cameras though…

Thanks again to Lomography UK for the film. You can find their range of 110 film on their website here. It’s also worth noting they are doing a little bit of promo for the 110 from June 29 – July 6th. Share your best 110 photos on social media with the hashtag #EasyLomoAnalogue and they will pick a winner who gets 10EUR/USD coupon for their online shop.